A sodic soil has an exchangeable sodium percentage (ESP) of more than 6. This means that sodium comprises more than 6% of the total exchangeable cations in the soil. Sodic soils are likely to disperse, that is, break down into individual clay particles that block pore spaces. This dispersion causes poor water infiltration, slow internal drainage, surface crusting and germination problems. If dispersion occurs in the subsoil, the soil may become almost impermeable and be a poor environment for growing plants (except rice).

The use of saline water may reduce the level of dispersion in the short term due to flocculation of the clay particles. If the rate of leaching is inadequate, the sodium accumulates in the soil, making it more sodic and more difficult to manage. Unlike salinity, sodicity in soils is virtually permanent, in nature: the only way to reverse it is to apply recycled gypsum. Reduced tillage and a build-up of organic matter can reduce the degree of dispersion in a sodic oil, but will not alter the soil’s ESP. 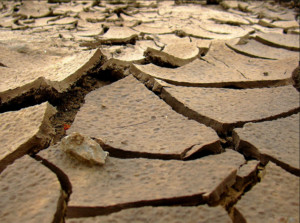