The Queensland Government has torn up a $75 million funding agreement for the 250 megawatt Solar Dawn project in Chinchilla, located approximately 300 kilometres west-northwest of Brisbane.

The previous state government promised $75 million on top of the federal government’s $464 million grant for the solar flagship scheme.

The Queensland Government is putting at jeopardy the solar thermal project that could bring up to $1.5 billion in economic investment to regional Queensland, 300 construction and local manufacturing jobs and a $68 million solar research and development program at the University of Queensland.

The Solar Dawn consortium which includes Areva has not been able to reach financial close on the project and the removal of the QLD funding will place the project in a position where it could be scrapped unless more funding is gained from the Australia Renewable Energy Agency.

The new QLD government has also removed the waste levy meaning there is no incentive to recycle and waste as far as Sydney is being dumped in QLD landfills. 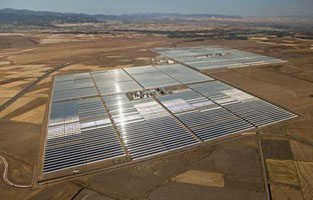