The main functions of drilling fluids include providing hydrostatic pressure to prevent formation fluids from entering into the well bore, keeping the drill bit cool and clean during drilling, carrying out drill cuttings, and suspending the drill cuttings while drilling is paused and when the drilling assembly is brought in and out of the hole. The drilling fluid used for a particular job is selected to avoid formation damage and to limit corrosion.

REGYP supplies fine ground gypsum products which are suitable for water based drilling muds. SuperFlocc Gypsum is fine ground Calcium Sulfate Dihydrate, which functions as an inexpensive source of calcium and alkalinity in gyp‐based drilling fluids. It is used as an alternative to lime as a source of calcium when high alkalinity or pH is not desired in a  drilling mud .Gypsum is frequently added to fluids to precipitate high levels of carbonates when additions of lime would raise pH above desired levels. The solubility of Gypsum will increase at higher chloride levels.

We can also supply ultra fine powdered bentonite for the drilling mud. 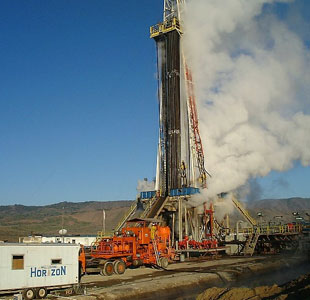